By Dan Wakefield on August 19, 2020 in Articles, Books and Writers, Writing

In these 10 episodes you’ll hear how my life intersected with major figures and events of the late 20th century.

Last year I sat down with fellow writer Susan Neville to talk about my life and working as a writer from the 1950s on.

In these 10 episodes you’ll hear the stories. The interviews were conducted at Butler University’s Irwin Library and on my front porch on Northview Avenue in Indianapolis. They were finished in May, 2020, the week before my 88th birthday.

These podcasts were made possible by grants from Indiana Humanities, the Ayres Fund of Butler University, and the Demia Butler Chair Fund.

0
By Dan Wakefield on November 6, 2019 in Books and Writers, Writing

Not many neighborhoods in the city or the state or in the entire United States, have their own historian who provides the current history of the place – as well as reminding us of its past treasures. Alan Hague fills that unique role as publisher of The Broad Ripple Gazette, which he founded in 2004. He has just been honored by The Indiana Historical Society with The Hubert Hawkins History Award, given to “a local historian for his or her distinguished service.”

As a reader of the bi-weekly Gazette – and a graduate of School #80 (now a condo at 62nd and Guildford) – I am most entranced by its features that delve into the neighborhood’s past, like a history of The Vogue theater, which brought back memories of the countless Saturday afternoons I spent watching double features, newsreels, and serial episodes of long-gone heroes like Buck Rogers and The Lone Ranger.

The Gazette’s series on The Canal was not only informative on every aspect of that waterway, it dredged up memories of my Cousin Junior, who used to take a bamboo pole with a hook and a line and go fishing there.

In the very issue of The Gazette that was out when Alan Hague received the Historical Society award he published Part Two of “The History of Car Dealers in Broad Ripple” that is being told by his cousin Glen Hague – who was my classmate at School #80.

Please tell your cousin Glen I was having chili in The Red Key last week when four people came over to my table to ask me “Were you a student of Miss Day?”

They had all been students of Roxie Lingle Day at School #80 – I was proud to answer that I was in the very first First Grade class taught by Miss. Day – and so was Glen Hague, cousin of Alan.

It’s a neighborhood with a deep history. We are lucky to have our own award-winning historian.

Of course, there is far more than geezer-bait history in the Gazette’ pages – as The Historical Society’ award notes, there are “stories on education, entertainment, transportation” and the never-ending zoning battles. And to keep you up to date on where to go and what to see, the ubiquitous Nora Spitznagel is “Buzzing Around Town.”

The play was “The Brothers Paranormal.” The fact that it opened Friday night at the Fonseca Theatre Company’s sparkling and snappy new Basile Building on West Michigan Street in Haughville almost seemed to be a “paranormal” event in itself! In only a year and a half Bryan Fonseca, founder of The Phoenix Theatre, had created a new theater company committed to diversity and inclusion, completed an initial season of six plays (five staged at the art space Indy Convergence, one at The Linebacker Bar), and was opening a new season in the company’s own building (courtesy of Frank Basile, who was there to inaugurate the occasion, along with a full house of enthusiastic supporters.)

I am proud to be one of many “Collaborators” of the Fonseca Theatre Company, but I’m sorry to confess that I  struck out – fanned, dropped the ball, blew it, when Patricia Castaneda, President of the Board of Directors, asked me shortly before the ribbon-cutting if I knew any poems I could recite as a prelude to the occasion. I realized that the only poems I could recite in full were “An Irish Airman Foresees His Death” and “The Second Coming” (“Things fall apart/the center cannot hold. . ..”) by W,B. Yeats. Neither of those seemed appropriate, nor did a couple of others that came to mind – “With Rue My Hearty is Laden,” and “To An Athlete, Dying Young” by A. E. Housman. I need to learn some upbeat poems.

The ribbon-cutting, done jointly by Bryan and Patricia went off without a hitch, a dramatic slice that needed no poetic flourish. 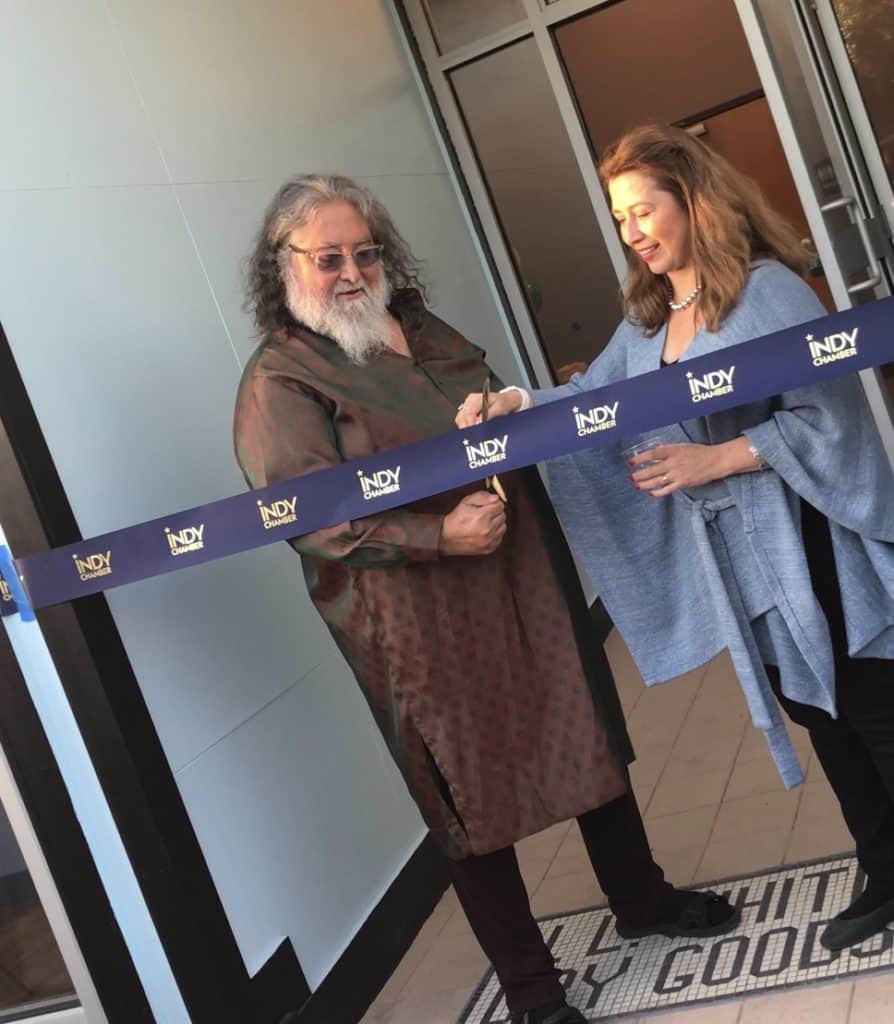 Bryan Fonseca and Patrica Castenada, president of the Fonseca Theatre Board, cutting the ribbon on the new Bastile Building, opening night of the theatre’s new season

Because of the title “The Brothers Paranormal,” I was expecting the play to be a straight comedy – I should have known better. There were comic moments, but the play was much more – a richly real soma online textured drama that illuminated levels of the current American experience of cultural and geographic displacement. Two Thai brothers start a business to investigate complaints of paranormal activity, and are asked to solve the haunting of an African-American couple who were forced to flee their home in New Orleans by Hurricane Katrina. There are ghosts, real and imagined, originating in New Orleans and Thailand, and along with the ghosts are the real challenges that come from loss of home and homeland.

It’s a special experience in the theater when an actor or actress not only conveys the character she plays but also manages to convey a universality to the role, to have her performance resonate in a universal way. For me that happened with Diane Tsao,  playing the role of the (literally) haunting Thai mother. My own mother was a Midwestern WASP from Missouri, but I felt her attitudes, her techniques, her ability to “hover,” in the expressions and delivery of the Thai mother as played by Ms. Tsao. Mothers may come from different origins, languages and cultures, but they are mothers under the skin.

The play will run through November 10. For information and tickets, visit https://fonsecatheatre.org.

The theater is not the only gift the Fonseca company brings to the west side neighborhood. Next door is their combo cultural center/ classroom/ rehearsal hall/community center. Jordan Flores Schwartz, associate producing director of the company, will continue her popular classes for children, and direct her first play in March.

Fonseca announced that “Our programs will include a community theatre program for residents to act, the gathering of oral histories for production and preservation, and technical training.” On a Saturday in September, the theatre held a rice and beans festival for the neighborhood. They have come to stay.

If I’d had time to think of a poem appropriate for the ribbon cutting on opening night, I’d have picked a Maya Angelou poem that suggests the spirit of the whole Fonseca enterprise: