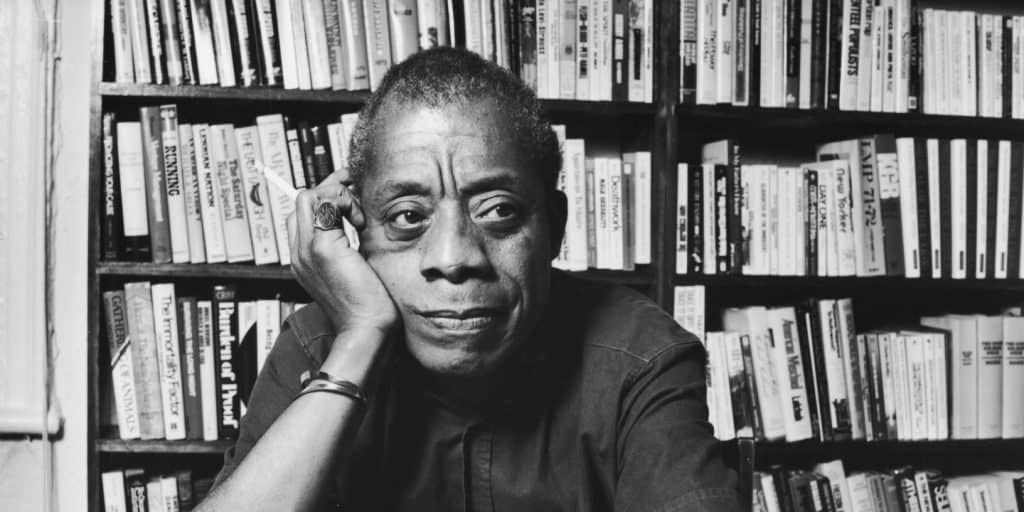 “What I Learned from the Till Trial and My Friendship with James Baldwin” is the subject of a talk I will give at Martin University, Thursday, March 1, at 6pm.

I covered the Emmett Till murder trial for The Nation Magazine, and knew James Baldwin when he and I lived in Greenwich Village 1957-1963. Baldwin wrote of my first book, Island in the City: The World of Spanish Harlem:

“Dan Wakefield has a remarkable combination of humility and tough-mindedness and perhaps that is why he makes theses streets and houses and those struggling, despairing and bewildered lives so vivid.”

This event is sponsored by Child Advocates, Inc. and is a free event. 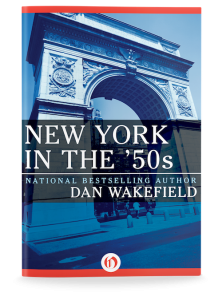 Buy New York In The Fifties
on Amazon.com

It wasn’t until the documentary based on my book New York in the Fifties was shown Tuesday night to a full house at The Jazz Kitchen that I realized the film was basically an Indiana production! It all started on the night of the premiere here of “Going All the Way,” based on my novel of the same name, when Tom Griswold invited me to dinner with his then wife Betsy Blankenbaker. Tom had come to some of my readings at bookstores here in the late ‘80s and early ‘90s, and identified himself as a fellow graduate of Columbia College in New York City. At our dinner on the night of the “Going All The Way” premiere, Blankenbaker told me “I had always wanted to make a movie of Going All The Way, but now that’s been done, how about a movie of New York in the Fifties?”

No one had ever thought of that before, including me. The idea of a documentary, though, of that great era of writing and the arts in New York, while most of the people I wrote about were still alive, seemed like a great idea. Griswold and Blankenbaker co-financed the production and Blankenbaker assembled the crew and talent and acted as director as well as producer. We premiered it in New York and Indianapolis, and it was selected to be shown at film festivals in Denver, Santa Barbara and other venues.

Although I knew all the Hoosiers who had helped make it happen, it never occurred to me how many there were and what key parts they played, until many of them showed up for the screening at The Jazz Kitchen. My life-long friend from Shortridge and room-mate for three years in the Village, Ted Steeg, was a key film-maker on the team (he also later worked with Blankenbaker on her classic film of the great Crispus Attucks two-time state basketball champions, “Something to Cheer About.”) Sadly, Steeg (who was the inspiration for the character “Gunner” in Going All The Way), died a few years ago after a  fine career as a film maker of documentaries and business films for his company in New York City, Steeg Productions, and he lived his whole life in Greenwich Village. Happily, he is one of the frequent on-screen commentators in the film.

For Tuesday night’s screening, I invited Steve Allee, who composed the music for the film (and did a terrific “New York in the Fifties” CD with his band), to come and play some ‘fifties songs with our great saxophonist Sophie Faught after the movie. It was especially appropriate since Steve is the father of David Allee, owner of The Jazz Kitchen. Steve Allee and Sophie Faught played some of the classics of the ‘Fifties including “This Will Be My Shining Hour,” and “I Should Care.

Just before the screening began, a tall familiar-looking man tapped me on the shoulder and reminded me that he was Steve Marra, the film editor who had edited the documentary here in his studio in Indianapolis. Unfortunately, Betsy could not be here from her present home in California, and is always hard to find due to her world travel and commitments, which include an orphanage in Zimbabwe. (She promises to be here in the fall to promote her latest book, Beyond Orgasm.)

The other Hoosier involved in the making of the film was me, who wrote the book and spoke of matters both proudly public and painfully personal in the documentary. It was all received graciously by a full house on this memorable night at The Jazz Kitchen.

Policy/Apology Note: A comment was made from the stage concerning a political figure. In this era of divisiveness, Uncle Dan hopes to deal with issues we feel are important, as we have in the past, but not to speak ill of personalities or assume that all good people hold the same opinions.

"Wonderful, sad and funny; a scathing portrait of middle America through the eyes of a new fictional character who will inevitably be compared to Portnoy and Holden Caulfield"